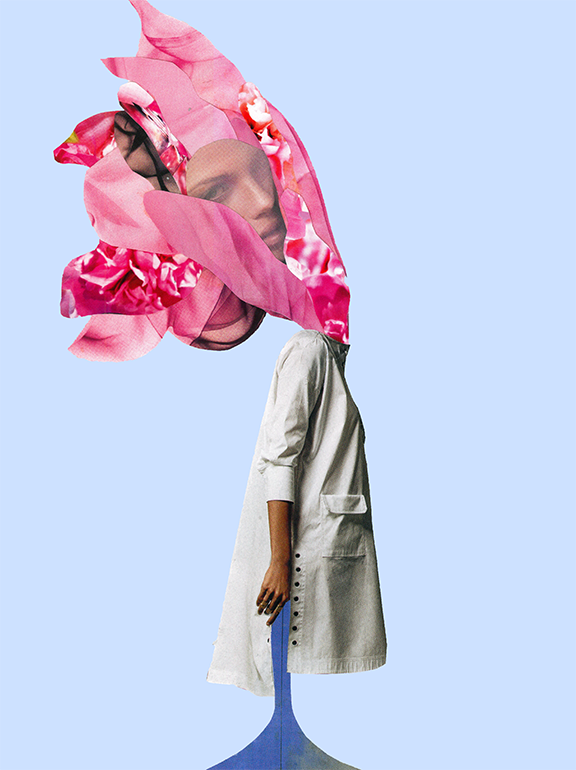 Written and illustrated by Jackson Patrick-Sternin

I identify as a bisexual cisgender white man. I am slim with a slight build, above average height, and at least passably good looking. I am masculine enough to easily pass for straight when necessary. I am loud; I take up more than my fair share of space in a room. I am quick to argue and find pleasure in tearing into ideas and statements I don’t agree with. In the liberal hubs I call home – New York City and San Francisco – I am the living embodiment of an oppressor; I am inherently dangerous. Save the jargon, I’ve known this for some time. I attended a 98% white high school with an average family income of $400,000 per year. I was not among this rich class; for a period, my family depended on food stamps and welfare. Yet, I was granted a top tier education, safety, and legal treatment that comes with being among the Ultra Rich. Unsurprisingly, relative to the greater metropolitan area, my school was a microcosm of neoliberal bigotry. I became aware that I had the privilege of being excluded from the derogatory words of my peers and soon considered myself lucky to be born in this time and place and body. My budding queerness was all but invisible to my peers and my ethnic Judaism never seemed to bother anyone.

In the summer after my freshman year of high school, I was invited to stay with my aunt, uncle, and young cousin in southern Italy for two months. I said yes. It wasn’t until a week before I got on the plane that I was informed I’d be staying in a monastery with forty members of Communion and Liberation, a large Catholic pseudo-cult founded on an ideology of blanket faith. Perhaps the most conniving form of religious doctrine, Communion and Liberation villainized any and all other lifestyles as a direct route to Eternal Torture. Only one way of thinking and one set of stances were accepted as being heaven-worthy in the eyes of their G-d. I still went, as I knew it would be my only opportunity to visit a different country for some time.

After three days of travel from New York to Milan to southern Puglia, I was herded into an Italian mass. I reminded my family that I do not speak Italian and was not in fact Christian, rather an agnostic who subscribed more to a moderate Jewish doctrine than anything else. I was told I was lost and needed to find my way. I was on the fast track to a flame filled afterlife …but there was good news: I could still escape hell. There’s always good news. The words left a bad taste in my mouth, but I shrugged it off easily enough. As a queer Jew living with forty strict bastardized-Catholicism subscribers possessing no apparent freedom of thought, I was well aware that I likely had no one in my corner.

One day, I asked a man named Andréaus – one of three people in the group that spoke English – something along the lines of, “What do you think of gay people? Do you side with the Catholic Church, or?” Andréaus responded that the Catholic Church is not hard enough on Fags. He said that we should be putting them to death and if he ever came across a Faggot, he thought he would kill them on sight. My blood was boiling. This man did not see me as human, or wouldn’t, if he knew who I was. I eyed a rock nearby and momentarily fantasized about standing over him, rock in hand. I’d say, “I kiss boys” before driving it down. Instead, with a tight lipped smile, I asked him where he learned the word “Faggot.” He told me he learns American curse words from South Park. I chuckled and said, “Right on. I hear you, Andréaus.”

With the understanding that one person’s ideology likely permeates the cult at large, I had to confront my family members with the same question. I caught my aunt alone at the beach. I imagined that on her own, she would tell me how she really felt, and I wasn’t wrong. In response to the same question, she told me that sodomy was a hell-worthy sin which “must be stopped,” a polite way of saying the same thing Andréaus so bluntly offered. She also told me that she has gay friends, but they are abstinent, and perfectly happy with it! They lead fulfilling lives, never indulging in the torture-worthy act of making love. Not one to leave anything unsaid, she added her thoughts on how disgusting it is that gays can adopt – some form of mass child abuse. Forget the myriad of predator priests shown to be granted protection in the Vatican, there are thousands of dads out there who kiss men! I didn’t have the same visceral, way-too-internally violent reaction, but I struggled with a response. Receiving these words from a person I loved and trusted threw me off guard. There were so many things I wanted to say, but I didn’t. Instead I smiled and nodded and said “gotchya, was just curious” and I felt exceptionally alone. When I noticed a guy on the beach, I made sure not to do so much as an extra glance.

I didn’t think much of the belief that Jews are going to burn in Hell for an eternity, as it seemed just about everyone that wasn’t in Communion and Liberation was heading there as well. I mean shit, if all the fags  are down there, that’s where I want to be! Hell was starting to sound like a grand ole time.

The boys in the cult had a nickname for me, I forget the word now, it may have been ebreo. Doesn’t really matter. During dinner one night I decided to google the word, and discovered that my nickname was simply, “The Jew,” or rather, something closer to “Kike.” Between this and the whole “death to fags” thing, I was getting a taste of a certain type of fear I’d never experienced, which was soon amplified tenfold.

After dinner that same night, I left the monastery to walk down to the local bar. This had become a key component of my nightly routine; a glass of whisky or three was the only way my fifteen-year-old-mind could feel at ease. The bartenders also had a nickname for me: Tennessee. They loved me at the bar; a peppy fifteen-year-old American boy with a penchant for Jack Daniels and dancing. Good times were had. That night, however, I only made it a few steps out  of the monastery.

Across the street under tungsten street light glow, I saw my five-year-old cousin standing with a group of cult boys about my age. His hand was raised, stick straight, angled just above his  head. One of the boys spoke: Ripetio dopo di me, Heil Hitler. My little cousin, who still wobbled when he ran and cried if his favorite toy was taken away, obliged. In his squeaky little five-year-old voice, with his hand raised stick straight, the words Heil Hitler escaped his lips. Except, he couldn’t make is L or rolled-R sounds yet, so it came out like Heiwl Hitwe. It was the sickest, most twisted form of cute I ever hope to see. At that, my whiteness was erased. The body I inhabit was abruptly and thoroughly criminalized. I was staying with a large crowd that believed I’d be better off dead, and I thought may very well make it so if they somehow caught on to who I was. I spent the rest of my time in Italy in a state of constant anxiety. The worry that one of the boys would get brave or drunk and deal me a hate-filled, potentially lethal beating was at the forefront of my mind. I don’t remember much after that night. From the Nazi salute forward, every morning I stole four beers from the stash in the kitchen. After my morning coffee I would drink my way to lunch, where I would have the one beer I was actually allowed to drink. After lunch I stole four more beers to get me through to dinner. One beer with dinner. Three beers to get me down to the bar, then I drank until I blacked out and woke up to another fear-filled day. I drowned the rest of that summer in beer and whisky.

Thankfully, that beating never came, and I flew back to New York at the end of August. Upon arrival, the relief that washed over me was palpable. I was now exceptionally thankful to pass for white in the place I lived, for straight, for the time and place and body in which I was born. I was also wracked with (very) problematic White Guilt. I felt empathy for the masses I play a part in oppressing in a new way; I don’t know the struggle of my marginalized fellows by any means, but I got a taste, and it scared me good.

Through this experience, I learned firsthand that race and ethnicity are social constructs and nothing more. In the United States, “white” is synonymous with oppressor, and “white” is an enormous blanket term for any ethnicity or person that lacks substantial melanin in their complexion. This is not so across the Atlantic, where I found myself that summer. Oddly enough, this experience instilled hope. There’s no difference between the mind of a child born into Communion and Liberation and one born into the 21st century urban culture of New York City. If my queer, Jewish body can be spared discrimination in the time and place I live, the same can be true for each and every marginalized individual. I gained a new faith that a social construct, however engrained, can eventually be broken.