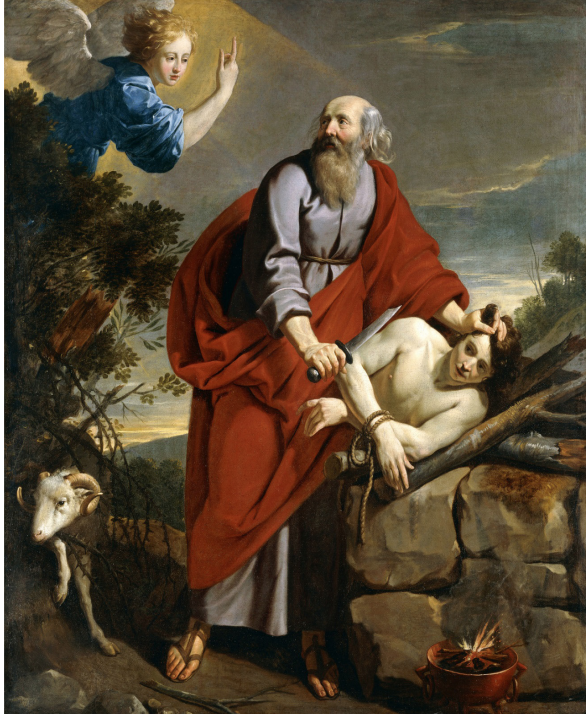 This winter break, I was at the Sacramento International Airport bright and early for my six am flight to Hawaii where I would go on to spend a week at Hawaii Volcanoes National Park, when a little girl – maybe three or four years old – sat down next to me in a sweatshirt that said in bright, white, bold letters: “Born to Make History.”  I am not a morning person by any stretch of the imagination, and generally I just try to spend any time before ten AM thinking as little as possible and drinking as much coffee as I can without inducing a caffeine seizure. But for some reason that morning I could not stop thinking about that phrase – “Born to Make History” – and what it says about our society’s values. What does it say about us that we strive to make history and be exceptional more than we strive to be kind and compassionate? Do we still value being “Born to Make History” when it comes at the expense of kindness and compassion? Why do we continue to lionize men and women who have made history, but who have also caused untold amounts of cruelty, violence, and dehumanization in our world? What does it say that we project these values on our children?

For the five hour flight from Sacramento to Hawaii, I brought along Rabbi Shai Held’s book The Heart of Torah: a collection of Held’s essays on each parsha (the weekly Torah portion). I made my way through Held’s deeply humanist and tender commentaries, and eventually arrived at his first essay on Parsha Toledot  where the Torah – in its endless wealth of wisdom – directed me towards the answer to my question. What does it mean that we value exceptionalism over compassion?  To help answer this, we turn to the story of Isaac.

Who is Isaac?  Isaac is the son of Abraham and Sarah, the brother of Ishmael, the husband of Rebekah, and the father of Jacob and Esau.  He is at the center of one of the Torah’s most enduring and meaningful stories – the Akedah – in which Abraham is instructed to sacrifice his only son Isaac, whom he loves, to prove his faith in G-d.  Isaac is ultimately spared from sacrifice, grows up, marries Rebekah, and then promptly disappears from the narrative until he is an old, blind man with two fully grown sons; the vast majority of Isaac’s life is simply not recorded in the Torah.

From this long absence, I concluded something important about Isaac; unlike his father and his son Jacob, Isaac does not do exceptional things, rather exceptional things happen to him.  Assume that the omission of the majority of Isaac’s adult life is because unlike his father, his son, and most of the Biblical protagonists, Isaac does not really do something exceptional that is worth recording as a critical moment in history.  Isaac does not have an equivalent of arguing with G-d over the fate of Sodom in Gomorrah, wrestling an angel, parting the Red Sea, or slaying Goliath. Even though he is a central component of one of the Torah’s most important episodes, he is merely the object of the action: a passive, ancillary factor of his own life story.  Throughout the entirety of the Torah, Isaac does not converse directly with G-d a single time, and as an individual he does not leave a lasting impact on either the future of Judaism or the history of the Israelites.

However, there is one brief and often overlooked moment from Isaac’s life that Rabbi Held chose to focus on in his commentary of Parsha Toldedot that shows us what we can learn from Isaac about making meaning out of an unexceptional life.  In Genesis 24:67, it is written that “Isaac brought [Rebekah] into the tent of his mother Sarah, and he married Rebekah. So she became his wife, and he loved her.” Held identifies that the key element of this sentence is “he loved her,”; Isaac is the first character in the whole of the Hebrew Bible who is said to love his wife.  Isaac’s declaration of love is also only the second mention of love between two characters in the Torah up to that point: with the first being the confirmation that Abraham loves Isaac before he takes Isaac up to Mount Moriah to be sacrificed. It is notable that the only relationships based on love in the Torah up to this point stem from Isaac.

Shortly after, in Genesis 25, Isaac prays that G-d will bless Rebekah and him with a child after the two have been childless for twenty years in a refraction of the same fate that previously befell Isaac’s own parents: Abraham and Sarah.  Held identifies that in the Hebrew of Genesis 25, the authors use the word lenokhakh – which means literally “in front of” – to describe how Isaac prayed for Rebekah.  Held affirms that when Isaac prayed for Rebekah that they might have children together, he prayed directly in front of her, in her presence, as a sign of his love and respect for her.  Held asks his readers to use their imagination to conjure up the image of Isaac’s prayer, and to really consider what it means that the authors chose to include that Isaac prayed “in front of” Rebekah. I interpret Isaac’s willingness to pray “in front of” Rebekah as a pure expression of total mutual respect and love, devoid of any self-consciousness or embarrassment: Isaac’s love for Rebekah is so true that it has shed any illusions of vanity or ego. When I imagine what Isaac’s prayer looked like, I imagine that Isaac and Rebekah sat together in the same humble room, with Isaac perhaps holding both of her hands in his own, sharing a quiet moment of genuine and honest intimacy.

To accentuate the importance of Isaac’s actions, Held places this episode from Genesis 25 in direct conversation with Genesis 17, in which G-d promises the similarly childless Abraham and Sarah a son.  Up to this point, Abraham and Sarah have been childless for decades. Their childlessness has been the central trauma of their relationship, and the foremost emotional weight for Sarah. In Genesis 17, after G-d promises Abraham and Sarah a son, Abraham falls to the ground laughing and rebuts, “If only Ishmael (his son with another woman: Hagar) might live under your blessing!” (Genesis 17:18).  Abraham could clearly care less whether or not Sarah ever has a child, and is content to let her dream of motherhood fall to the wayside so long as he can still be father to a great nation. It makes no difference to him which one of his children carries his mantle, or if the people closest to him feel loved and valued, what is most important to him is that his own exceptionality lives on.

The stark contrast between Abraham and Isaac, between father and son, illuminates what we can take away from Isaac’s story.  Abraham is an exceptional man; he changes the course of history and performs amazing feat after amazing feat. The Torah is full of stories about Abraham, but on the other hand, Isaac is unexceptional and largely absent.  Genesis omits the story of his adult life, and he is more important as his father’s son and his son’s father than he is as himself. And yet, when it comes to their closest relationships Abraham is callous and apathetic, and Isaac is a paragon of love, respect, and compassion. Why do we revere Abraham more than we revere Isaac, when it is clear that Isaac was the more loving and compassionate man?  Why do we encourage our children to be more like Abraham and less like Isaac when we give our children sweatshirts that say “Born to Make History” instead of “Born to be Loving”?

And what does this say about the moral cost of the value we place on being exceptional? We qualify Abraham as exceptional because he is exceptional in a way our society deems valuable: as a nation founder, an idealogue, and a revolutionary.  We look past Abraham’s coldness, his self-importance, and his rationalization of violence and cruelty as necessary to his faith and goals because we live in a similar society where we rationalize the lives of arguably amoral individuals because we agree with their core missions.  We lionize our Washingtons and our Jeffersons, our Maos and our Lenins, our Guevaras and our Castros, our Nassers and our Arafats, and our Begins and our Ben-Gurions, and we look past the trail of violence, hatred, and cruelty that each and every one of them left in their wake in one way or another so long as we can rationalize that they have the right end goal in mind.  We qualify them as exceptional, as people who have made history, at the cost of moral scrutiny and the values of kindness and compassion.

The story of Isaac can teach us that there is another way.  It teaches us to reconsider the value we place on being exceptional, and to instead think about how we can change the world not through radical upheaval, but through compassion, kindness, and empathy.  The story of Abraham, and our own recent history, demonstrates that being exceptional comes at a high price, and often results in consequences that should give each and every one of us pause. We need to seriously consider if exceptionality is worth what we have to look past and rationalize, or if we should consider a new path.  A path not based on Abraham and exceptionality, but on Isaac and love. We should consider that most of us, like Isaac, will have our stories omitted from the grand narrative of history, and yet all of us are capable of being compassionate, respectful, and empathetic. All of us are capable of making deep and valuable change simply through choosing love.

If I could go back in time to that morning in the Sacramento International Airport, I would tell that little girl that she shouldn’t worry too much about making history.  Instead I would tell her that she should simply do the best she can, and always take the time to consider other people’s thoughts and feelings before she speaks and acts. I would tell her that if she can do these things – to always remember, like Isaac, the value of love and compassion – then her generation will be the one to heal the world.